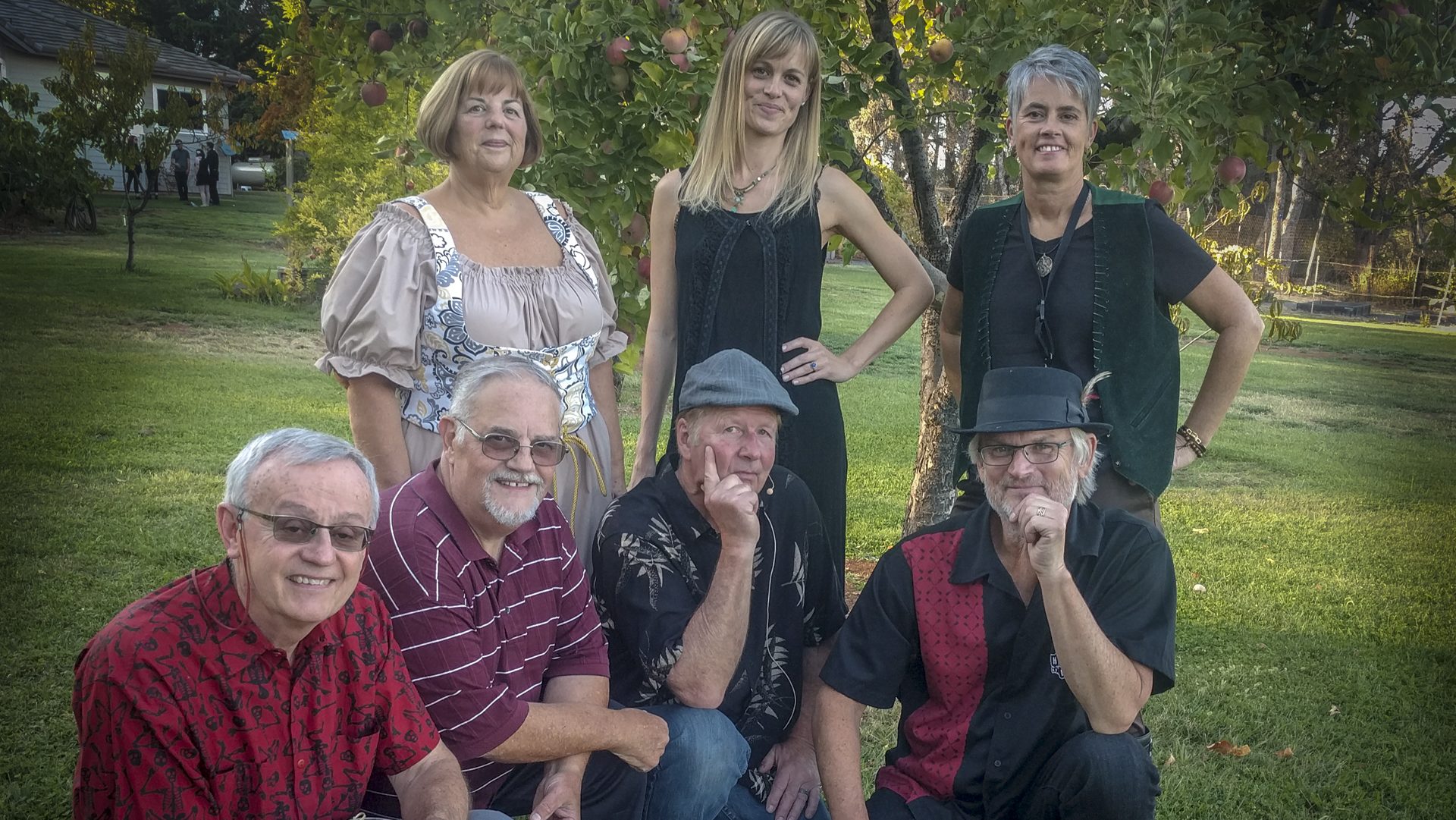 A Perfect Blunder’s (APB) style is laid back and casual, playing Classic Rock by:

as well as many other genres including:

APB’s specialty is tailoring the music to the audience and venue.

Over twenty years ago, three dads and a mom came together to provide music for their children’s vacation bible school. This one time gathering resulted in regular Friday night dinner and social gathering to play and sing rocking oldies from fake books. Eventually, the group offered to play occasionally at Sunday morning church services. Before too long the group became a praise band and the primary music for a contemporary church service. Playing under the name of Regenesis, the group traveled throughout California and Nevada sharing their gift of music with other churches, and providing the impetus for some churches to start their own praise bands.

One thing led to another and Regenesis was asked to perform at various venues. In view of their diverse styles of music, performing at weddings, parties and fundraisers, the band used the name De and Da BOYZ.

From its humble beginnings, the Band has grown to seven members featuring drums, lead and rhythm guitars, bass, piano/keyboard and specialty percussion with solo instruments. The Band also includes a very dedicated sound and production staff.

Because De was no longer the only female member, we created a name that was gender neutral. Reflecting upon our genesis, that was perhaps serendipitous, fortuitous or just plain good luck, we soon realized that it was more the result of “ A Perfect Blunder” than anything else.